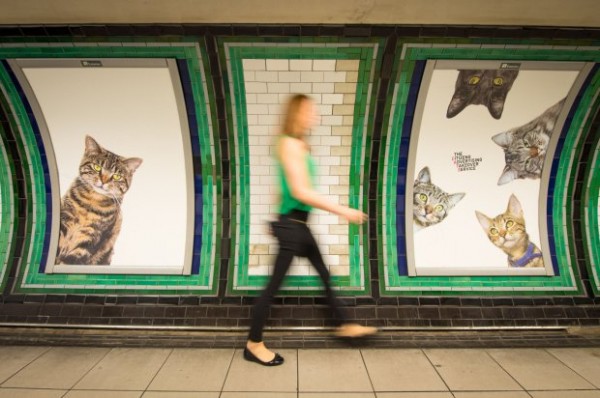 A passenger passes some of over 60 adverts in Clapham Common underground station, London, which have been replaced with pictures of cats as part of the ëCitizens Advertising Takeover Service, which aims to create a peaceful, unbranded space in the heart of London, free from commercial advertising. PRESS ASSOCIATION Photo. The posters feature cats from Battersea Dogs & Cats home and Cats Protection, as well as cats sent in by members of the public. Picture date: Monday September 12, 2016. Photo credit should read: Dominic Lipinski/PA Wire

Ptwschool is part of SCUSA network.