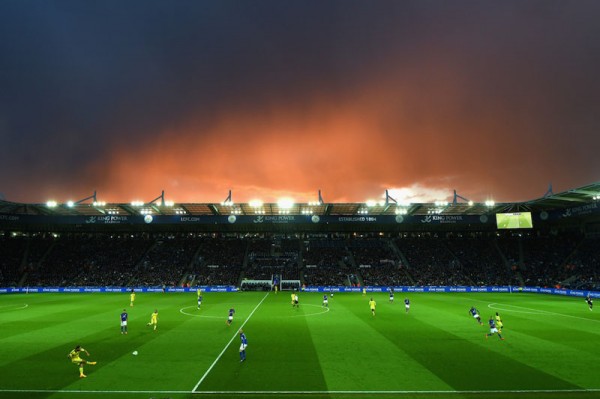 LEICESTER, ENGLAND – APRIL 29: Branislav Ivanovic of Chelsea kicks the ball up field as stormy skies are seen over the King Power Stadium during the Barclays Premier League match between Leicester City and Chelsea at The King Power Stadium on April 29, 2015 in Leicester, England. (Photo by Michael Regan/Getty Images)